Steve Wozniak is the inventor of the Apple I and Apple II. In early January, he visited our research lab to meet our robots. 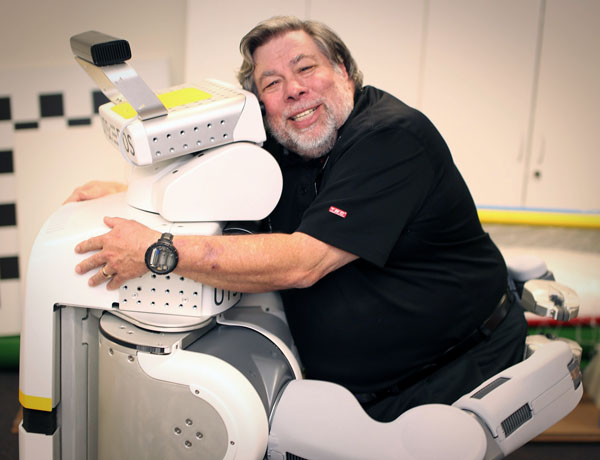 In the photograph (by Srinivas Madhisetty), my software is giving Steve Wozniak a hug by a PR2 robot.

The software is inspired by a package called pr2_props.

I re-wrote pr2_props for autonomous demonstrations and lab-visits. Instead of performing fixed actions on command, it performs six “social” behaviours:

The surprising thing about these simple behaviours is how much they achieve in engaging visitors. In particular, the eye-contact conveys a sense of “lifelike vitality”. The other behaviours give the robot a sense of purpose and intention. Combined, the effect is extraordinary: a robotic equivalent to the ELIZA effect.