This is a photograph of an Apple Newton that I noticed was lost/discarded in a park near my home today. 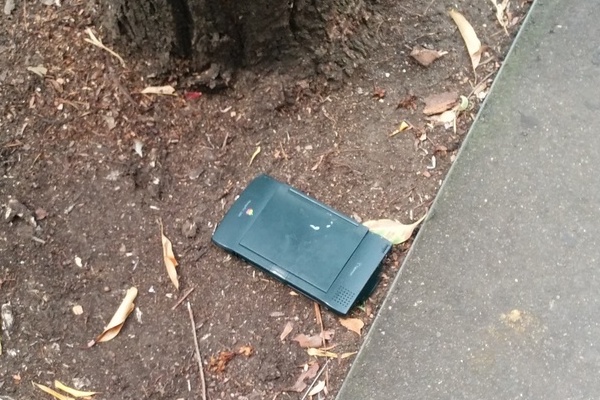 The hand-held computer is almost 20 years old. In fact, it might be regarded as a museum piece.

It doesn’t make sense to hold onto such a device for so long and then just discard it in the park.

I like to imagine it was owned by a die-hard Newton fanatic. Perhaps he or she felt that no modern smart phone or tablet could rival the classic. Thus, it was left in the park by accident.

For this reason, I left the Newton for their return. I can only hope that the original owner was joyfully reunited with their device.