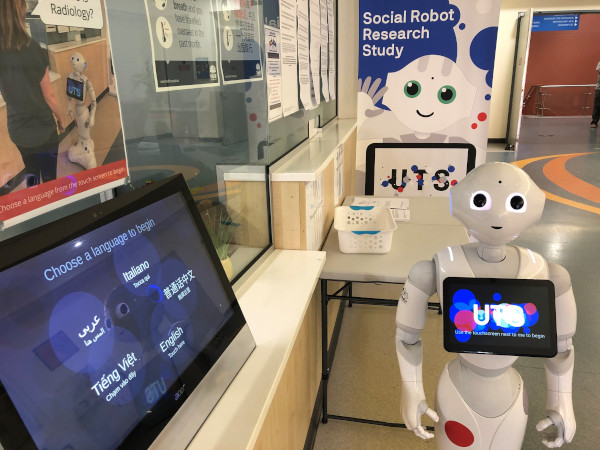 We recently conducted a research study with social robots at Fairfield hospital in Sydney.

We designed the experience and then implemented the intelligent distributed system. It combines a Softbank Pepper robot, a touch screen kiosk and several edge computing devices.

The robots alleviate stress and contribute to the welcoming atmosphere at the hospital.

From a technology perspective, the system included a number of novel features:

IT News wrote a good article about it.